Ankylosing spondylitis is a type of arthritis that affects the spine.

The Causes and Symptoms of Ankylosing Spondylitis, and How to Treat It

FacebookPinterestMessengerTwitterEmail
4 years ago| by Natalie Saunders

What Is Ankylosing Spondylitis?

Ankylosing spondylitis (AS) is a chronic, progressive, and debilitating disease. It is an inflammatory condition and a form of arthritis.

Ankylosing spondylitis usually develops in young people. The first signs may appear during the late teenage years or in people in their twenties. Men are up to three times more likely to develop AS than women.

The first signs of ankylosing spondylitis often begin in the lower back in the region of the sacroiliac joints. The condition arises within the junctions where tendons and ligaments attach to bones. These junctions are known as the entheses.

Inflammation (called enthesitis) occurs within the entheses and as ankylosing spondylitis advances, this is followed by degradation of the bones. In response to this degradation, new bone is formed and, over time, the new bone growth can cause the spinal vertebrae to fuse together. The patient experiences chronic pain, and flexibility of the spine can be greatly impaired.

The exact cause of ankylosing spondylitis is not known but it is believed to be linked to a gene called HLA-B27. Nine out of ten patients with AS carry the HLA-B27 gene. However, a large proportion of the general population are also carriers of this gene but will not go on to develop ankylosing spondylitis.

The HLA-B27 gene can be inherited, and if a close family member has AS then there is a higher chance of developing it. When a patient presents with symptoms of ankylosing spondylitis they may be tested for the presence of HLA-B27.

It is also thought that AS can be triggered by environmental factors, although these factors have not yet been identified.

The symptoms of ankylosing spondylitis usually develop at a slow rate over the course of months or years. Over time, AS symptoms may appear and then disappear, and the condition can improve or deteriorate. Symptoms usually start in the spine, but other areas of the body can also become affected.

The main symptoms of ankylosing spondylitis include:

Other Symptoms of Ankylosing Spondylitis

Although ankylosing spondylitis is primarily a condition of the spine, it can cause symptoms in other parts of the body too. These may include:

Related Search Topics (Ads)
Rheumatoid Arthritis TreatmentsRA TreatmentsRA and Fibromyalgia TreatmentsBack Arthritis Pain Relief
You May Also Like
What Is Gout and What Causes It?

What Is Gout and What Causes It?

5 years ago| by Katrina Hodgins

Gout is caused by a buildup of uric acid crystals in the joint. Common gout symptoms include joint pain, swelling, tenderness, and redness in the joint.

Because AS is such a complex condition, patients may also go on to develop other complications. These complications can be rare in ankylosing spondylitis, but may include:

There is no cure for ankylosing spondylitis, but the symptoms can be managed with the help of physicians. Treatment initially involves a combination of exercise along with pain management in the form of medication.

A range of exercises may be recommended. Gentle stretching exercises can help to maintain flexibility and strength. Yoga, swimming, and good postural practices are all beneficial. Patients with ankylosing spondylitis should also be referred for physical therapy.

As in all arthritic conditions, it is very important that people with AS keep as active as possible. Activity improves posture, strength, and spinal movement, and helps to prevent pain and stiffness. Patients whose rib joints are affected may benefit from breathing exercises to improve lung function.

Gentle massage of the muscles can help to relieve pain and stiffness. However, the bones of the spine should not be massaged as manipulation can cause injury.

Various medications are used to help relieve the pain caused by ankylosing spondylitis.

Non-steroidal anti-inflammatory drugs (NSAIDs) such as ibuprofen are often recommended as they help to reduce inflammation and reduce pain. NSAIDs may not be suitable for all patients as they can cause or aggravate stomach problems. In these cases, acetaminophen may be used instead, or if necessary, stronger painkillers such as codeine.

Corticosteroids such as prednisolone may also be useful. These can be taken in tablet form, or administered by injection directly into the affected joint. It is recommended that corticosteroid injections applied to the same joint be limited to three times a year to reduce the risk of adverse effects.

In cases where the symptoms of AS cannot be managed with regular painkillers, anti-tumor necrosis factor (anti-TNF) medication can be used. This is a new treatment for ankylosing spondylitis, and patients undergoing anti-TNF therapy need to be monitored closely as it can affect the immune system.

In the majority of cases, people with AS do not need surgical intervention. However, in cases where joints such as the hips or knees have become badly damaged, joint replacement may be considered to improve mobility.

In extreme cases of ankylosing spondylitis where the spine has become severely deformed, surgery can be performed to correct and realign the spine.

Arthritis CopingGluten-Free Diet for Arthritis: 4 Foods That Can Help With Inflammation

Arthritis Coping4 Tips for Getting Through a Gout Flare Up 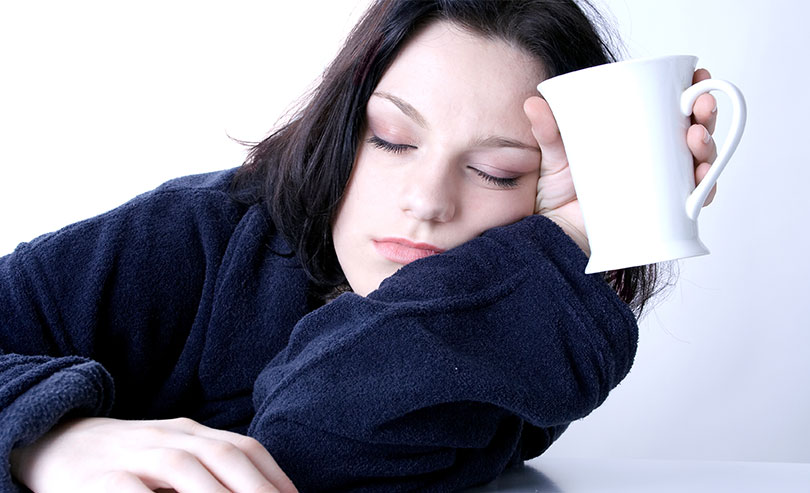 Arthritis SymptomsArthritis and Fatigue: Is My Arthritis Making Me Tired?

BlogUnderstanding What Carpal Tunnel Syndrome Is