Two of the latest treatments for arthritis include JAK inhibitors and APPA.

FacebookPinterestMessengerTwitterEmail
1 year ago| by Natalie Saunders

What is the Latest Drug for Arthritis?

Arthritis affects millions of Americans and is a leading cause of disability and chronic pain. Fortunately, scientists are continuously improving their understanding of the disease and developing more effective treatments. So, what is the latest drug for arthritis? Let’s explore and dive into their potential benefits and side effects.

Arthritis is a general term that means inflammation of the joints. There are many different types of arthritis, but among the most common are rheumatoid arthritis and osteoarthritis.

Both of these conditions can cause similar symptoms, including joint pain, swelling, and stiffness. However, their underlying causes are quite different.

Rheumatoid arthritis is an autoimmune disorder. It develops when the immune system becomes hyperactive and starts attacking healthy cells. This leads to inflammation, swelling, pain, and deformities of the joints. It can affect any joint in the body but is especially common in the hands and feet.

Osteoarthritis, on the other hand, is the result of wear and tear on the joints. Over time and with repeated use, the cartilage that lines the joints can deteriorate, leading to inflammation and pain. Therefore, osteoarthritis is more common in older people and those who are overweight. It tends to affect weight-bearing joints, such as the knees.

How Are Drugs Used to Treat Arthritis?

Both types of arthritis are frequently treated with anti-inflammatory drugs and painkillers. There are also several medications aimed specifically at reducing immune system activity in rheumatoid arthritis. Some of the most common options include:

NSAIDs are one of the most common classes of anti-inflammatory drugs. The include medicines like aspirin, ibuprofen, naproxen, and diclofenac. These drugs work in slightly different ways, but they all reduce levels of inflammation in the body.

Some NSAIDs are available over the counter, and others are prescription only. Common side effects include gastric ulcers and an increased risk of bleeding. Furthermore, certain groups of people, including those with asthma or high blood pressure, should not take NSAIDs.

Steroids are another type of anti-inflammatory drug. They may be taken orally as tablets or injected directly into painful joints. Some common examples include prednisone, dexamethasone, and hydrocortisone.

Steroids are only available on prescription and they can cause some serious side effects. Digestive problems, sleep disturbances, mood changes, weight gain, high blood sugar, and high blood pressure are just a few examples.

Some painkillers, such as acetaminophen, are available over the counter and are relatively safe for short-term use. However, they may not be effective for many people with arthritis.

Stronger opioid painkillers, like fentanyl and hydrocodone, are available on prescription but can cause various side effects. For example, dry mouth, nausea, constipation, and drowsiness are all common issues. Moreover, opioids carry a high risk of addiction and overdose, making them unsuitable for long-term use.

DMARDs can benefit rheumatoid arthritis by reducing immune activity and slowing the disease’s progression. Common examples include methotrexate, leflunomide, hydroxychloroquine, and sulfasalazine. They are usually taken in tablet form.

These drugs are prescription only and can cause severe side effects. For example, methotrexate’s side effects include nausea, appetite loss, sore mouth, diarrhea, headaches, and hair loss. In some cases, it can also damage the blood cells, liver, or lungs.

Four Foods You Shouldn’t Eat If You Have Arthritis

4 years ago| by Sheree McDonald

Eating certain foods can increase inflammation and worsen other arthritis-related symptoms. Here are a few foods to avoid with arthritis.

If DMARD treatment alone proves ineffective, it may be combined with a biological treatment like etanercept or infliximab. Like DMARDs, these medicines inhibit the immune system to reduce inflammation. They come in injection form.

Biological treatment side effects include reactions at the injection site, increased risk of infections, fever, headaches, and nausea.

The Newest Drugs to Treat Arthritis

Scientists are still working hard to find safe and effective arthritis treatments. Over the past few years, a few different options have emerged.

JAK enzymes are responsible for passing messages between the outside and inside of cells. In the immune system, this process can become dysfunctional, leading to autoimmune disorders like rheumatoid arthritis. JAK inhibitors interrupt this process to reduce inflammation and pain.

The first JAK inhibitor, tofacitinib (Xeljanz), received FDA approval in 2012. However, its use was somewhat controversial at the time. The European Medicines Agency rejected it due to a lack of evidence supporting its benefits and the risk of serious side effects.

Since then, another two JAK inhibitors have been developed. Baricitinib (Olumiant) received FDA approval in 2018 and upadacitinib (Rinvoq) in 2019.

Like their predecessor, these drugs carry the risk of serious side effects. In fact, all three come with a “black box warning” about their dangers. They include an increased risk of blood clots (thrombosis), serious infections, and cancer.

However, despite the risks, these medications can provide significant relief from rheumatoid arthritis symptoms. Furthermore, they may be effective when other therapies, like DMARDs or biological treatments, have failed.

Therefore, patients and their physicians must carefully weigh the benefits against the risks before deciding to take JAK inhibitors.

One new medicine that is showing promise for osteoarthritis is a drug called APPA. It is based on traditional herbal remedies and contains synthetic forms of two natural compounds, apocynin (from the Picrorhiza kurroa plant) and paenol (from the Paeonia suffruticosa plant).

APPA appears to reduce inflammation by targeting signaling pathways in arthritic joint cells without impairing immunity or other serious side effects. However, it is still being researched and is yet to receive FDA approval.

Arthritis CopingWhat to Know About Hyaluronic Acid Injections for Arthritis 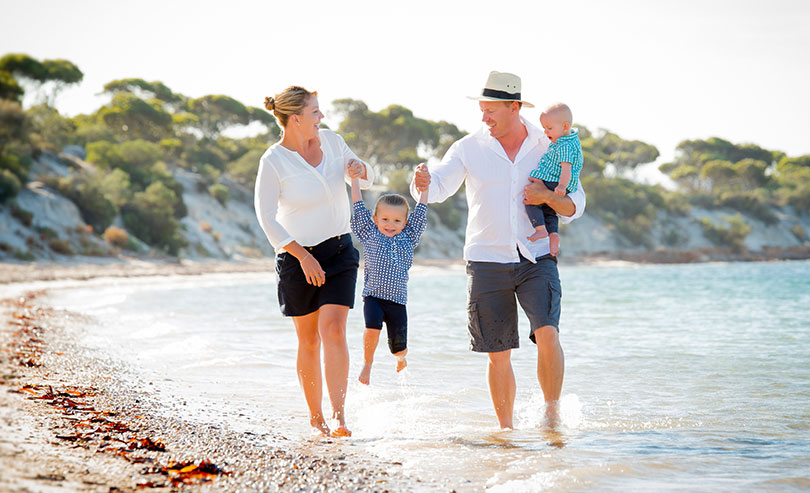 Arthritis CopingTips for Traveling with Arthritis

BlogWhat Is the Difference Between Osteoporosis and Rheumatoid Arthritis?